To share your memory on the wall of Robert Lynch, sign in using one of the following options:

Provide comfort for the family of Robert Lynch with a meaningful gesture of sympathy.

To send flowers to the family or plant a tree in memory of Robert Eric "Bob" Lynch, please visit our Heartfelt Sympathies Store.

Receive notifications about information and event scheduling for Robert

There are no events scheduled. You can still show your support by sending flowers directly to the family, or planting a memorial tree in memory of Robert Eric "Bob" Lynch.
Visit the Heartfelt Sympathies Store

We encourage you to share your most beloved memories of Robert here, so that the family and other loved ones can always see it. You can upload cherished photographs, or share your favorite stories, and can even comment on those shared by others.

Posted Jan 27, 2020 at 10:55am
My deepest condolences to Bev, Connie and families. I am sorry to have lost contact with him over the years. My father, Ralph, was Bobby’s father’s brother. So sorry for your loss. Judy Lynch NcCullum
Comment Share
Share via:
ER

Posted Jan 20, 2020 at 10:31am
To: Bev and Family, Our deepest sympathy, on Bob,s passing. I worked with Bob for the best part of my career, and He always treated Me fair. We had a lot of fun off duty, re: curling, golfing, etc. He will be deeply missed, not only as my Boss, but as My Friend. Our thoughts and Prayers are with You,
Sincerely, Graham & Judy Brundage
Comment Share
Share via:
GB

Posted Jan 20, 2020 at 10:24am
To: Bev & Family, our deepest sympathy are with You, on Bob,s passing.I worked with Bob for the best part of My Fire Career, and He always treated Me fair.We had a lot of fun off duty,re: curling, golf, etc.He will be deeply missed, not only as My Boss at work, but as my Friend. Out Thoughts and Prayers are with You, Sincerely,
Graham & Judy Brundage
Comment Share
Share via:
TS

Posted Jan 14, 2020 at 10:02am
My deepest condolences Connie to you and your family. May his memories ease the pain you are going through and bring a smile to you when times are hard.
Thom Shields.
Comment Share
Share via: 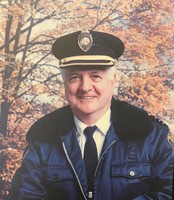 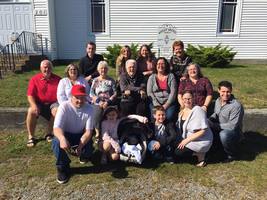 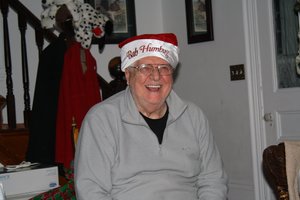 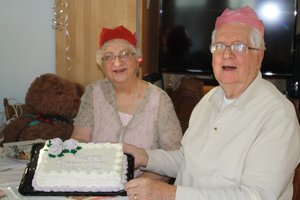