To share your memory on the wall of Loran Fevens, sign in using one of the following options:

Loran joined the staff at CJLS radio station in 1963 and quickly became a popular announcer and news reporter. In 1964, he was recruited by CKEN and spent 11 years with the Annapolis Valley Radio. While in the Valley, Loran began producing recorded music for local singers and bands including The Neighbors Kids who were a popular folk group from the Hantsport area. In 1974, Loran was invited to join the staff at a new radio station, CHTN in Charlottetown, PEI which he accepted. In 1982, Loran began a 20-year career in PEI at the head office of Veterans Affairs Canada in the communications department responsible for audio/video production. While at Veterans Affairs Canada, Loran was awarded both the Veterans Affairs Canada Award of Excellence and the Queen Elizabeth II Golden Jubilee Medal which was awarded in 2002 to Canadians who made outstanding and exemplary contributions to their communities. In the fall of 2002, Loran retired and moved back to his home town, Yarmouth.

During his time in the Annapolis Valley, he got involved in several volunteer organizations and continued to selflessly serve others throughout his life. Loran gave of himself to others without consideration of convenience, time or cost. Whether someone needed a ride to a medical appointment in Halifax or needed someone to house sit their pets for days or sometimes weeks at a time, Loran was always there to do it. And when the person offered to pay, no way was Loran willing to take their money.

Anyone who knew Loran, knows how much he loved music. “Sentimental Journey”, the radio show of music from the 30s, 40s and 50s was Loran’s life in his retirement years. He loved producing the show and he loved the fans of the show, many of whom communicated regularly with him and him with them. Beginning in 2002, “Sentimental Journey” played for more than 17 years on more than 20 radio stations across Canada and the United Stated. In addition, every month for almost 17 years, Loran took his Sentimental Journey music to more than a dozen seniors homes from Wolfville to Pubnico and points in between for an afternoon of music for the residents. He was thrilled to share the musical memories of days gone by with the residents and took great joy to see the smiles on their faces and feet tapping along with the music.

Along with popular music from the early years, Loran developed a love of classical music through a friendship that developed between him and Dr Bernd Osborg. In 1984, Loran began producing a radio show of classical music with Dr Osborg as the host called Osborg’s Choice. When Dr Osborg retired, Loran continued the show as the host and renamed the show “The Music Box”. The show was popular at several publicly-funded stations in Canada and the US but most popular on a station in Harrisburg, Pennsylvania where Loran once visited and hosted a live Music Box show. The Music Box ended in 2010 after more than 26 years on air.

For most of his adult life, Loran was a dedication member of his church family serving as a reader, deacon, lay minister and volunteer sound technician recording services at churches around the community to be aired on the local radio station. He lived his faith serving others.

Loran lived a full life with many, many friends from near and far. He will be dearly missed by all who knew and loved him.

Robert and Greg would like to thank the nursing and support staff at the Meadows as well as Dr Horton and Dr Julie Chandler for their loving care of Loran over the past year at the Meadows. Donations in memory can be made to your local food bank.

The following is a link to an online recorded tribute to Loran.

To send flowers to the family or plant a tree in memory of Loran Wayne Fevens, please visit our Heartfelt Sympathies Store.

Receive notifications about information and event scheduling for Loran

We encourage you to share your most beloved memories of Loran here, so that the family and other loved ones can always see it. You can upload cherished photographs, or share your favorite stories, and can even comment on those shared by others.

Posted Feb 28, 2021 at 01:49pm
I worked with Vetrans Affairs with Loran, We had a wonderful working relationship and friendship. He was a gentle, caring and talented human being. I saw in him his love of human kind. A great example and spirit. Thank you Loran for your friendship and presence. Memory Eternal ... Peace Charles Peter DesRoches, Charlottetown, PE
Comment Share
Share via:
G

Posted Dec 18, 2020 at 08:34pm
I would like at this time, to extend my sincere condolences to the family and friends of mr. Loran Fevens in hls recent passing. It was in my early years as a teenager, that Loran took me under his wing and taught me all I had to know to get involved in the field of radio. With Lorans faith in me and a great deal of hard work, we made it happen. It was the greatest experience of my life. Loran was a true friend, and a super human being loved and respected by all.Thank you ole friend for your kindness, your faith in me and for all your help that made me a success in radio. In sincere respect, ( your Sat. Nite Country Host) Gordie Arnold A.V.R.
Comment Share
Share via:
AM

Posted Dec 16, 2020 at 02:39am
I first met Loran back in the mid-sixties when I lived at Greenwood. My father was in the RCAF. I went to West Kings District High School and we'd call the CKEN radio station in Kentville and ask for a DJ to host our Friday night dances and spin the records. Loran was the DJ who usually showed up. We got to be good friends and after my family moved back to BC, we stayed in touch over the years. When my mother, sister and I returned to Nova Scotia for a visit in 2014, Loran was one of the first people we went to visit. It was great see him again.
So, my old friend, you've moved on to that great radio station in the sky. I imagine you will meet those singers, songwriters and musicians you promoted in your broadcasts and they will welcome you as a brother. Godspeed. Adieu, yer Rockie p'AL.
Alan Major. Golden BC
Comment Share
Share via:
SA

Posted Dec 12, 2020 at 06:40pm
My name is Sharon (nee Morton) Arkwell. We are so sorry to hear of Loran's passing. We have certainly lost a wonderful friend. Loran and I have been friends for over 63 years. Actually Robert, you and I were in highschool together. Even after I got married 55 years ago, we stayed friends and visited back and forth when he lived here on the island. After he went back to Yarmouth he would always come for a meal and great conversation when he would come back to the island. I have surely missed our phone calls over the last couple of years. My husband Stew and I send you our most sincere condolences. His suffering is over. He is now at rest.
Comment Share
Share via:
C) 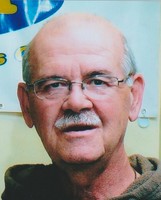 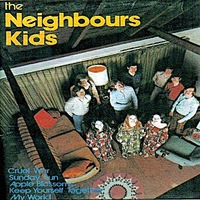 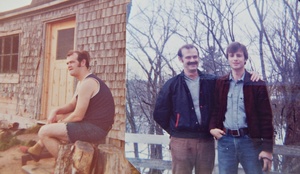 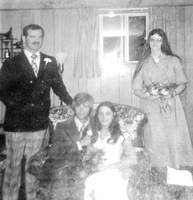