To share your memory on the wall of George Snow, sign in using one of the following options:

Died April 7, 2020 in Yarmouth Hospital at age 96. He passed from this life peacefully, in his sleep, from complications following a short bout of pneumonia.

George often said that he had had... Read More
Honourable George A. Snow, ECNS

Died April 7, 2020 in Yarmouth Hospital at age 96. He passed from this life peacefully, in his sleep, from complications following a short bout of pneumonia.

George often said that he had had a good life. He came from a long line of fishermen and was a Mayflower descendant. Left behind to mourn him are his children, Susan (Rod Moores), Howard (Madeleine) and Rod (Heather). George was predeceased in 2005 by his wife, the love of his life and his best friend, Marjorie.

The son of Albert Snow and Lottie (nee Lamrock), George was the last of his generation and Uncle George to many nieces and nephews and their children. His brother Doug (Fran) and sister Frances (Leslie Delaney) predeceased him as did all of Marjorie’s nine brothers and sisters.

Although scattered across North America, all of his grandchildren knew and loved him and he loved them in return. There was no end to his tricks--divining a well, knitting a lobster pot head, growing the tomato that made the sandwich delicious --and many others. He will forever be held in the hearts of Heidi (Krishna), Peter (Ola), Andrew, Chris (Sarah), Megan (Julian), Ben (Leia), Emily (Craig), Nick (Rosie), and Noah (Markie). George was lucky to know all his great-grandchildren: Riali, William, Ainsley, Aurora, Mila, Owen and Hudson. He was proud to say they are all Mayflower descendants.

A son of Port Maitland and a servant of Nova Scotia, he lived his entire life in Port Maitland. Born August 1, 1923, he was that rare breed who was equally at home at Trinity Ledge in the Bay of Fundy and at Province House in Halifax.

George was a lobster fisherman for 48 years until he retired in 1989. He took both his sons lobstering so they had something to fall back on “in case the law didn’t work out”. An active member of the Port Maitland Lobster Co-op, he was instrumental in securing a price bonus for all Port Maitland lobsters for many years. He was an old school navigator who could find his traps in thick fog and make it home to the wharf just in time to get a cradle under his boat before she grounded on the ebb tide. Because he was “on the outside” on January 13, 1967, his was the first boat to go and rescue the captain, crew and dogs aboard the freighter “Nelson B” which sank on the hazardous Trinity Ledge, a story he always told with humility.

He took time out from fishing to run in 5 Nova Scotia elections. He lost the first and the last, but was elected in 1963, 1967 and 1970. Attracted to public life by Robert Stanfield, George was appointed to Cabinet in 1968 and served as Minister of Lands and Forests, Minister of Public Works, and Minister responsible for Housing. He believed it was an honour to serve as the MLA for Yarmouth for 11 years.


After losing the election in 1974, George happily returned to lobstering with his last boat, the “Heather and Madeleine” and Marjorie ran Marjorie’s Yarns and Crafts in Yarmouth. Although he was a member of Beacon United Church, he volunteered as a member and later as Chair of the Board of Villa St. Joseph du Lac where he enjoyed working with Sister Arsenault. With their children grown up, George rebuilt “Snowdinn” at Lake George where he loved to pick blueberries, visit by the fire, and tell stories. He was an “early-adopter” running the camp on solar power for decades, installing seat belts before they were required, and more recently buying a series of Prius hybrids and encouraging his family to do the same.

He was a sociable man who liked his apple pie with ice cream and loved to be with people. A storyteller from the oral tradition, he always had a smile on his face and a twinkle in his eye and liked nothing better than an audience, whether at the Firehall on Firemen’s Days or at the Windlass with the ROMEOs (Retired Old Men Eating Out).

George grew up on Charles Street and lived for 69 years on the Shore Hill in Port Maitland. He lived and loved the village history and in his retirement years took a keen interest in the restoration of its overgrown cemeteries. He helped found “Old Stones” and cleared, mowed, and restored headstones. When he could no longer mow, he worked the phones to recruit those who could and built Adirondack lawn chairs for the annual fundraiser.

George spent the last 18 months living in Yarmouth Heights where he said the staff were kind and the food was good. He appreciated the many visitors who came to see him.

There will be a private committal at Port Maitland/Beaver River Cemetery and a Celebration of Life (with stories) when circumstances permit. Memorial donations may be made in George’s name to the Yarmouth Hospital Foundation http://yarmouthhospitalfoundation.ca/donate-now.php or the Yarmouth Food Bank Society https://www.canadahelps.org/en/charities/yarmouth-food-bank-society/.


Online
condolences may be sent to: Sweenysfh@eastlink.ca or you may sign the online guestbook at
www.sweenysfuneralhome.net
Read Less

To send flowers to the family or plant a tree in memory of George Albert Snow, please visit our Heartfelt Sympathies Store.

Receive notifications about information and event scheduling for George

We encourage you to share your most beloved memories of George here, so that the family and other loved ones can always see it. You can upload cherished photographs, or share your favorite stories, and can even comment on those shared by others.

Posted Jun 21, 2020 at 11:22pm
I am writing to send condolences to your family on behalf of the Bouchard family. I am the granddaughter of Alphonse Bouchard, Captain of the Nelson B. My brother shared George’s story with me today. I felt it would be a wonderful opportunity to connect with George. However, after a search I was saddened to see he had recently passed away. His story of that night brought tears to my eyes. My father is the crew man that actually jumped in the icy water to retrieve the life boat. I just wanted to share. Sending much love and strength to your family.
Danielle (Bouchard) Wedge
Comment Share
Share via:
MK

Posted Apr 27, 2020 at 07:01am
On behalf of Gaile Pitman, our mom, who appreciated George's daily visits and gifts of the newspapers .. his stories and laugh was much appreciated.

Posted Apr 12, 2020 at 03:21pm
WE wish to send our deepest sympathy to Susan, Howard, Rod and families. It isn't easy to lose a parent, grand parent or great grandparent. But you were all so lucky to have known him for so many years and you probably got tired of hearing all those sea-faring stories! Everyone in Port Maitland was so very lucky to have his memories when we were trying to remember something in our past. Someone would say "go ask George" and he would either verify what we wanted or tell us everything he knew about our questions. George, we will miss you with everything in our hearts. Love & Hugs to all the families.
Comment Share
Share via:

Posted Apr 11, 2020 at 10:24pm
David and I send our condolences to you. I'll remember your dad a person who had a great love, and knowledge of local history for the community. His contribution in fishing and politics was appreciated by many. Barbara Surette
Comment Share
Share via:
A

Posted Apr 11, 2020 at 07:12pm
Family of George Snow,
My condolences on George's passing. He was an old friend of my father ,Jesse Ellis, and they fished together for years. Dad would always have a day in the boat with George usually in the Spring when the weather was better after he retired. They had a lot of village history together which would fill many pages. George will be remembered as a true community minded individual and will be missed by family and friends but . His will be a true Celebration of a Life well lived.
Sincerely,
Alan Ellis
Comment Share
Share via: 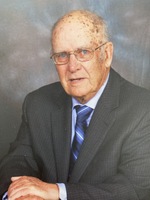 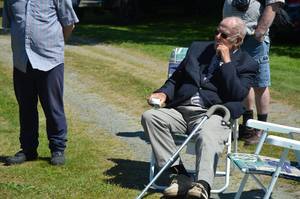