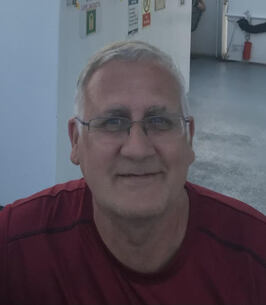 It is with broken hearts that we announce the sudden passing of Robert Cecil Rhodenizer at the age of 59 in Yarmouth Regional Hospital on September 17, 2022. He was born in Yarmouth and was a son of the late Cecil and Eleanor (Smith) Rhodenizer. Rob was a wonderful husband and father who took great pride in his daughters and their achievements. Family meant everything to him, always making the most of special events and family outings. Rob was very active within the community and church as well as in 4H and curling. He was an avid outdoorsman who loved kayaking, camping with family, and spending time in Ellenwood Park with his sidekick, and fur-baby Dallas. He was also fond of his gardens and had an admitted “green thumb”. His professional career consisted of being a bookkeeper for several businesses with the most recent being White Perkins Associates. Rob is survived by his wife, best friend, and soulmate, Kim (Bolivar); their children, Mikaela, Truro; Julianne, Deerfield; brother, Bruce, Abbotsford B.C.; aunt, Pat Rodney; uncle, Ray (Joan) Smith; mother and father in law, John and Joyce Bolivar, Port Joli; brother in law, Bryden (Holly) Bolivar, Port Mouton; nieces and nephews; Jacklyn (James) Titus, Brett Bolivar and Ty Rhodenizer-Dulong, and many cousins and friends. Funeral arrangements have been entrusted to Sweeny’s Funeral Home and Crematorium, Yarmouth. A celebration of Rob’s life will be held Thursday, September 22, 2022, at 2 P.M. from Beacon United Church with Rev. Sharon Lohnes officiating. Interment will take place at a later date. The service will be live-streamed on Sweeny’s Funeral Home website. Donations in memory may be made to Yarmouth 4H Club, Aiden Mae Wellness Center, or Beacon United Church. Online condolences are available by visiting www. Sweenysfuneralhome.net