To share your memory on the wall of Ray Zinck, sign in using one of the following options:

To send flowers to the family or plant a tree in memory of Ray Zinck, please visit our Heartfelt Sympathies Store.

Receive notifications about information and event scheduling for Ray

There are no events scheduled. You can still show your support by sending flowers directly to the family, or planting a memorial tree in memory of Ray Zinck.
Visit the Heartfelt Sympathies Store

We encourage you to share your most beloved memories of Ray here, so that the family and other loved ones can always see it. You can upload cherished photographs, or share your favorite stories, and can even comment on those shared by others.

Posted Oct 21, 2020 at 04:40pm
Ray was my friend. I always felt that I worked with him, not for him. I was a member of the CJLS news team for roughly 12 years and during those years we discussed news events and how to cover them. My writing improved dramatically because of his guidance.
I was always welcomed in his home. We once shared a drink of some rather potent alcohol he brought home from Croatia. It smelled like turpentine but had no taste because it evaporated so fast there was almost nothing to swallow. On another occasion he invited me to join him on a military flight from CFB Greenwood to Iqaluit. It was one of those flag-waiving flights that the military flies occasionally. It was a cultural experience I will not easily forget. He visited Germany, on the same trip he visited Croatia. He returned with a piece of The Wall for me. I still remember how hard it felt. Maybe because of what it represented.
One year he hosted the Radio and Television News Director Awards. He told me he was asking a few local merchants to donate some small thing to offer as a door prize for the closing event. One of the prizes he was given was a lawn mower. I remember how embarrassed he was about that. It turned out that John Lewandowski from Broadcast News in Halifax won that particular prize and he and others in the crowd were so excited. It turned out to be the grand prize of the evening.
After I left Yarmouth I still kept in touch with Ray and he welcomed my calls. We had great conversations about many things and more than once we solved the world's problems together :)

He was a fine man whom I respected very much.
I will miss him.

Posted Oct 21, 2020 at 07:11am
Louise and family, Our condolences in you loss. Ray was a fine gentleman and will be missed by many.
Comment Share
Share via:
LN

Posted Oct 19, 2020 at 12:53pm
Louise: Please accept my deepest sympathy for your loss. Ray will long be remembered for his interest in WW1 and WW2 and the programs he wrote along with his book. Lorraine Newman

Posted Oct 18, 2020 at 12:05pm
We met Ray around 2003 and he was very close to us ever since. We are sad to hear of his passing. Please accept our condolences for the loss of a valuable friend and an important member of our community. We are keeping Ray's family in our thoughts in hopes that they find comfort through this difficult time - Mohammed & Ilham Wajeeh.
Comment Share
Share via:
JJ

Posted Oct 17, 2020 at 08:15pm
To Louise and family, my condolences, Ray was a fantastic person and will be missed by many. In my thoughts. RIP Ray
Comment Share
Share via: 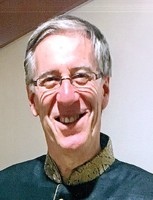 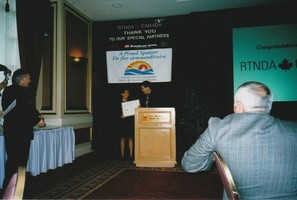 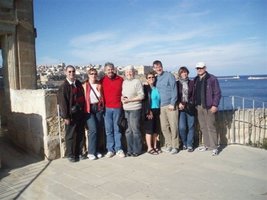 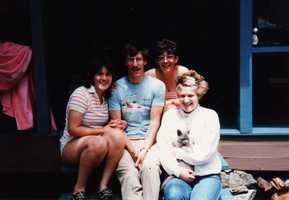