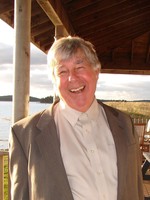 Neil died peacefully at Yarmouth Regional Hospital, with his loving wife by his side on September 30, 2020. Neil was in his 81st year. Born in Westport, Brier Island, Nova Scotia, Neil was the son of the late Eustace and Helen Peters (Currie).
He is survived by his wife of 45 years, Norma (nee Baxter) and his six children, Greg (Charlene), Williamswood; Kirk (Shauna), Kingston; Elaine (Joey), Clare; Karen (Paul Kennedy), Mulmur, ON; Heather (Brian), Yarmouth; Shannon Frost, Yarmouth. He is survived by his sisters Carol Crowder, Chemainus, BC; Marion Shannon, Halifax, NS. He is predeceased by sister Janet Elliott of Yarmouth. He will be dearly missed by his 12 grandchildren, Mike, Zach, Bryanna, Shelby, Abby, Isaiah, Alex, William, John, Cayden, Mason, Kylie.
Neil grew up on the shores of Brier Island, learning about trapping, hunting and fishing at a young age from the older generation. It was here that he developed his lifelong love for all things related to the sea. He left home at age 17, enlisting for Service in the Royal Canadian Airforce, serving for 10 years. After leaving the Service, he obtained his Master Mariner Certificate as Captain, Home-Trade. He went on to work extensively in the marine industry for multiple companies as Mate, Second Mate and Captain. He spent many happy years fishing on the Bay of Fundy, most notably on the Peters’ Pride. He retired in 1991 as Captain with the Canadian Coast Guard.
Neil lived life to the fullest and by his own rules. He was known for his charisma and his unique sense of humour. In his retirement, he developed a great passion for poker. He could be found at a table playing locally with his friends in Yarmouth or Halifax, and he was thrilled to be able to travel around the world for a game or tournament. He always enjoyed a good meal with his loved ones, telling stories on a long drive or over a good cup of coffee. Those stories will be passed on for generations. He was a giving, generous man with a huge heart who always put his family first. He enjoyed bluegrass music, hunting and keeping an eye on the fishing industry up to the very end.
The family would like to say a special thank you to Paul Legere for keeping a watchful eye on him over the years and to Gloria Howard and Dave Young for their love and support through this difficult time.
Arrangements have been entrusted to Sweeny's Funeral Home and Crematorium, Yarmouth.
A private family service will be held at a later date. Donations in memory may be made to the Royal Canadian Legion Branch 92 Freeport NS.
Online condolences may be sent to sweenysfh@eastlink.ca, or you may sign the guestbook online at www.sweenysfuneralhome.net.