To share your memory on the wall of Leonard Telfer, sign in using one of the following options:

Provide comfort for the family of Leonard Telfer with a meaningful gesture of sympathy.

Print
Telfer, Leonard Reigh
It is with immense sadness that we announce the passing of Leonard Reigh Telfer at the age of 80 on August 18, 2019. He was such a person that our hearts will forever hurt from the loss of him but be grateful that we had s... Read More
Telfer, Leonard Reigh
It is with immense sadness that we announce the passing of Leonard Reigh Telfer at the age of 80 on August 18, 2019. He was such a person that our hearts will forever hurt from the loss of him but be grateful that we had such a wonderful man in our lives. Born on September 27, 1938 to Fred and Florence (Germain) Telfer, he was the youngest of three boys. He was raised in Caledonia, Queens County where he met the love of his life, Beth. Their 60th wedding anniversary just passed on July 25th. At first, they lived in Halifax, where their daughter Susan was born. Len worked at the Halifax Dockyards until he received an offer from NSIT to teach machine shop. They made the decision to move in 1967 to Yarmouth to teach at the vocational school first as a machinist and then as a Small Gas Engine instructor. The town would become their home for the next 52 years. Beth being adopted herself, they decided to apply to adopt a boy and in 1969, Ed arrived, a year old from the other side of the province but soon a welcome addition to their settled life in Yarmouth. Then to complete the family, Ian arrived in 1972.Lovers of travel and adventure, Len and Beth never shied away from new places. Every summer when school was on its break, they would pick up and go, driving everywhere from Alaska to Florida twice over. There weren’t many states they hadn’t been to. They visited Ian in London and traveled to Len’s ancestral Scotland, finding original Telfers there. Not ones to waste their retirement years, they went to the Dominican Republic. As the years went on, they flew out West to British Columbia to visit Ian and his family. Summers at home were nice too, spending time at their A-Frame cottage on Sunday Lake until they inherited Beth’s family cabin on Harmony Lake near Caledonia. Many summers spent kayaking and trying to get Gramp to “fix the nail” at the end of the wharf so we could push him in. There was always a project, always a trip, whether it was to Privateer days in Liverpool or just to fix up his mother Florence’s house in Caledonia, he stayed busy. He was a busy man who had time for everyone. He taught them all to ride dirt bikes, was on the road constantly driving to swim meets and hockey games as his children grew up. He was always proud that he had owned 59 cars in his life. He was involved with Zion Church board of Trustees and moved on to North Baptist Church. He was a volunteer firefighter for 29 years, risking his life to help the community he’d come to love. As the typical firefighter, he owned and had a love for Dalmatians. Always an animal lover, it’s only been in the last few years that they’ve not had a pet in their house. When he became a grandfather, he carried on that same philosophy, becoming everyone’s grandfather. He was the official “skate-tyer” at Central School’s skates. He donated his own time to build a basketball hoop to the Primary-Grade 2 side of the playground so that his grandson had somewhere to shoot hoops. Len is the last surviving member of his immediate family, having been predeceased by his father Fred in 1951, his mother Florence in 1998, by brother Ronnie in 1964 and by brother Wilbert in 2010 and two sisters in infancy. Len is survived by his loving wife of 60 years, Beth (Martin), his daughter Susan (Owen) Graves of Yarmouth, Sons Ed (Barbara) Telfer of Lower Sackville and Ian (Teri) Telfer of Kelowna, BC. By his four grandchildren, favourite granddaughter, Kristin (Kaitlynn) Graves of Halifax, grandson Zack (Carrie) Graves of Yarmouth and by grandsons Simon Telfer and Isaac Telfer of Kelowna, BC. He also has two beloved great-grandchildren, Seth and Bella Graves. How does one paraphrase the life of someone so wonderful, who touched the lives of many into a few simple paragraphs? You can’t, simply speaking, because he made the world around him a better place and without him, we are left with what he’s taught us. Gramp never cared much for Shakespeare but a quote All’s Well That Ends Well is really how I feel about his philosophy in life. ‘Love all, Trust a few, Do wrong to none.’ The family would like to thank the nurses and staff of 4 East at Yarmouth Regional Hospital and of 6.4 CCU at the Halifax Infirmary for their excellent care and allowing him to die with dignity. Funeral arrangements have been entrusted to Sweeny’s Funeral Home, Yarmouth. Funeral services will be held at 2pm., Saturday, August 24 ,2019 from the Sweeny’s Funeral Home Chapel, Yarmouth. We ask that in lieu of flowers, donations be made to the Harmony Lake Preservation Society or charity of choice. On-line condolences may be sent to: Sweenysfh@eastlink.ca or you may sign the guestbook online at: www.sweenysfuneralhome.net
Read Less

We encourage you to share your most beloved memories of Leonard here, so that the family and other loved ones can always see it. You can upload cherished photographs, or share your favorite stories, and can even comment on those shared by others.

Posted Aug 25, 2019 at 10:39am
Beth, our deepest sympathy to you and your family. Len was a wonderful man . Always enjoyed chatting with you both. Milton & Cecile
Comment Share
Share via:
CB

Posted Aug 24, 2019 at 12:05pm
To Beth and all the children:
Am so sorry to learn of Len's passing. He was such a wonderful person who I had the upmost respect for! Grew up closest in age to Susan and was part of the Zion family. Never remember Len when he wasn't smiling; just a GREAT man! My sincerest condolences to all of you. Cheryl Burchell (nee Whitehouse)
Comment Share
Share via:

Posted Aug 24, 2019 at 11:45am
I, unfortunately, never met Mr. Telfer, but from what I understand, he was an amazing Dad, Husband and teacher. I want his family to know my heart is with you today as you say goodbye to your dear dad and husband. He is resting in our Heavenly Father..Rest peacefully Mr. Telfer .xoxo🌹🙏❤

Posted Aug 24, 2019 at 10:07am
Although I never met Leonard, I have heard much of him over the years through his niece Cynthia and sister-in-law Kay. He sounds like he was a lovely, vibrant soul, and will surely be deeply missed by all who knew him. Thinking of you all today with love and sympathy. Sheila XXOO
Comment Share
Share via:
JS

Posted Aug 24, 2019 at 08:11am
So sorry to hear of Len's passing He will be miss by all , I always enjoyed talking to Len at his camp on Harmony lake , about every thing and anything ,are mutual intreats in motorcycles and machinist work that we were both involve in .Beth and family by deep's condolences! John Seaton and family .
Comment Share
Share via: 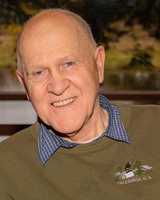 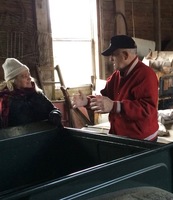 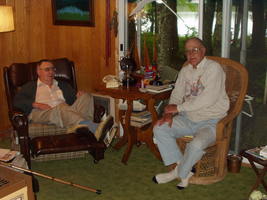 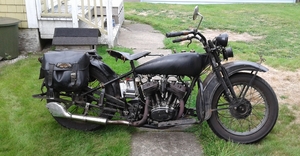