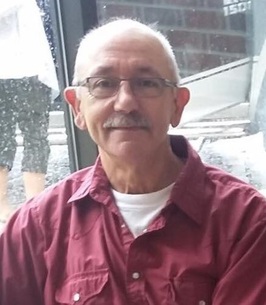 John Arthur (Art) Scoville, age 69, of Yarmouth, recently in the Veteran’s Unit of the Yarmouth Regional Hospital, passed away peacefully, with his family by his side, on November 21, 2022. He was born in Yarmouth on September 5, 1953, the only son of the late Arthur and Beatrice (Doucette) Scoville.

Art was a fisherman in his early years and then became a Blood Worm Harvester for many years, until his retirement. He was interested in the worming industry and followed developments and attended as a representative of the industry. He had a great sense of humour and was consumed by knowledge and facts. He was constantly learning. He was an avid reader, owning hundreds of books. He played lots of sports over the years – baseball, bowling and darts, with lots of trophies to prove it, including many 180’s in darts. He became very interested in gardening in the past few years, joining the Yarmouth Garden Club and experimented with collecting and nurturing seeds.

He was pre-deceased by his wife, Mary, sister Agnes, in infancy and five brothers-in-law.

We would like to thank the Doctors, Nurses and the staff of Yarmouth Regional Hospital and the Veteran’s Unit for their care. We would also like to thank special friend Harold Richardson, who became a close friend and advocate for him while in hospital; Brianna, his crib partner and Kayla, Ayla and Joe who stayed with him during the last nights of his illness.