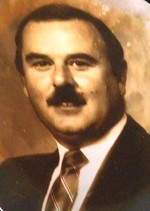 McClellan, Ian Creighton- 73 of Richmond, NS, passed away peacefully on January 11,2021 in the Yarmouth Regional Hospital. Born in London, England on August 15, 1947, he was the son of Lionel and Gertrude (Fryer) McClellan. Ian began a successful career in Hotel Management, starting in Kenya running game lodges and safari hotels. From there he moved throughout Canada and Connecticut before returning to England. There he studied to become an Independent Financial Advisor, and became an investment broker, and part owner of his firm. Ian was a skilled offshore sailor with a zest for exploration and adventure. Along with his wife, Deborah, they sailed over 32,000 nautical miles and then flew to the parts of the planet they hadn’t sailed to, to see as much of the world as possible. He had a keen need to study : astronomy, geology, volcanology, political science - his home is filled with his books, which he enjoyed enormously. Ian is survived by his loving wife, Deborah; daughter, Laura Swan, Ontario; brothers, David (Sue), Colchester; Stuart (Deidre), Norfolk; grandchildren, Henry and Maeve. Funeral arrangements have been entrusted to Sweeny’s Funeral Home and Crematorium, Yarmouth. A Humanist graveside service will be held, Friday, January 15, 2021 at 11 am from the Chebogue Cemetery. In lieu of flowers, memorial donations may be made to the Salvation Army, Yarmouth branch. Online condolences may be sent to sweenysfh@eastlink.ca, or you may sign the guestbook online at www.sweenysfuneralhome.net.