To share your memory on the wall of Donald Butler, sign in using one of the following options:

The gesture that can change the world

To send flowers to the family or plant a tree in memory of Donald Jeffrey Butler, please visit our Heartfelt Sympathies Store.

Donations are being accepted for: HEART AND STROKE FOUNDATION OF NOVA SCOTIA.

We encourage you to share your most beloved memories of Donald here, so that the family and other loved ones can always see it. You can upload cherished photographs, or share your favorite stories, and can even comment on those shared by others.

Posted Dec 16, 2019 at 02:55pm
Our condolences to the Butler family. Donald was a very special and unique person who I will always remember.
Comment Share
Share via:
PT

Posted Dec 16, 2019 at 12:12pm
My condolences to Nicole, Jacqueline and families. I played soccer with the Yarmouth Clippers many years ago and remember Don with fond thoughts.
Comment Share
Share via:
MB

Posted Dec 14, 2019 at 02:28pm
I worked with Don for many Years at Motor Mart and Midnight Auto. Don was a great man and had a typical sense of “British Humor”. He will be missed. My sincerest condolences.

Thank you for your kind words, dad always spoke kindly of you and admired your accomplishments in our community. 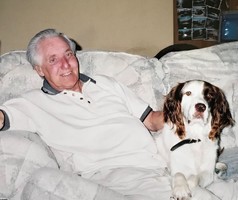