To share your memory on the wall of Charles M. Williams, BSc, sign in using one of the following options:

Provide comfort for the family by sending flowers or planting a tree in memory of Charles M. Williams, BSc

Provide comfort for the family of Charles M. Williams, BSc with a meaningful gesture of sympathy.

Charles Montgomery Williams, BSc, age 72, of Yarmouth, Nova Scotia, Canada, passed away on Wednesday morning, July 10, 2019, at Yarmouth Regional Hospital, South Western Nova Scotia, Canada, in Intensive Care Unit (ICU) with his youngest brother Gordon H. K. Williams by his side. Born 02 September 1946 at 663 Main Street, Milton, Yarmouth North, Nova Scotia, Canada, Charles was a beloved son of the late Walter G. and Elinor G. G. (McNellen) Williams. Growing up on the family farm in Brooklyn, Yarmouth County, NS, Charles attended school with his many friends at Brooklyn School, advancing to Arcadia Consolidated School, then on to Yarmouth Consolidated Memorial High School where he graduated with high honours and medals in 1965. Seeking to further his science studies, Charles returned to his High School for extra studies and a second time of graduation from Yarmouth Consolidated Memorial High School in 1966. Proceeding to Wolfville, Nova Scotia, Acadia University, Charles graduated in May of 1971 with his Bachelor of Science degree in Computer Science. During the summers of 1969 and 1970, he was employed with the Canadian Police Information Centre (CPIC) at Royal Canadian Mounted Police (RCMP) Headquarters in Ottawa, Ontario, Canada, where he began full time employment in 1971. Charles was instrumental in project designs. As Systems Analyst, Charles helped develop such programs as CPIC’s finger print file storage and retrieval. Charles purchased the assets of Phoenix Graphics, and sold CAD Systems to Canada Post. He was an early promoter of luminous plastics solar powered that glow in the dark. He also pursued his interest in Imaging Print on fabrics and textiles, such as T-shirts and aprons, in early pioneering days of that technique. Notably, Charles was proficient in Latin---so much so, that one of his former teachers, Mrs. Iris (Martell) Richards, often declared: “I consider Charles to be one of my successes.” Charles served well throughout his commitments; to name a few: curling, Army Cadets, Model Parliament(s), Student Council, Instructor, Drum Major [on parade, in parade, Charles expressed, afterward, that he was relieved that he was able to toss his entrusted Mace high into the air, and catch it once again!]

Ever thankful for all who, in any way, were able to support and encourage him along his journey, Charles gave his all, as he was able, as good returned, appreciatively. Among his varied interests, Charles enjoyed people, pets, driving, arts, medical sciences, PRO- caring, researching, music, sports, movies, cartoons, respectful jokes, faithfully found fair fine friends, forever family….Charles is survived by his siblings: Brother Gordon H. K. Williams (Newfoundland); Brother J. Hugh Williams (Beulah), Ottawa, ON; Brother George E. Williams (Audrey), Dartmouth, NS; Brother W. J. Leo Williams (Eleanor), Yarmouth, NS; Sister Gwendolyn S. L. R. (Gordon) Spinney of Argyle, NS. Nieces and nephews: Debra, Brian, Karen, Margaret, Sharon, Gwendolyn, Gregory, Robert, Glen, Carla, Sandra, Timothy, Jeffery, and Graham. Also, many grand-nieces and grand-nephews, plus a great-grand-niece; friends, extended family, “like family”, and church family. Predeceased by his parents, sister-in-law Joyce (Minard) Williams, niece Susan (Williams) Lufkin, each greatly missed life. We will all miss Charles’s quick wit, willingness to give generously, working wisely well toward betterment to benefit all. Always the ‘idea man”, Charles carried on the tradition of his heritage. Being faithful from his precious Mother’s knee as a child, he, following his honourable Father’s footsteps, kept us all in prayer earnestly without ceasing. Charles’s prayers for “relief”, seeking the Good Lord to just, please, take him HOME, have been now answered. Cherished memories of charitable Charles compassionately comfort us in our time of bereavement. Until our sorrows into JOY turn, turn, turn, TURN

To send flowers to the family or plant a tree in memory of Charles M. Montgomery Williams, BSc, please visit our Heartfelt Sympathies Store.

Receive notifications about information and event scheduling for Charles M.

We encourage you to share your most beloved memories of Charles M. here, so that the family and other loved ones can always see it. You can upload cherished photographs, or share your favorite stories, and can even comment on those shared by others.

Posted Aug 03, 2019 at 10:22am
My condolences to the Williams family.
Charles was a classmate of mine at YCMHS .
A great guy to talk with and a good friend.We lost contact with each other upon graduation and I often wondered how he made out with the plans he had made for himself.I always knew he would be successful in life and he certainly attained the success he sought.

My thoughts and condolences are with you all. —Marg (Tanner) Giroux 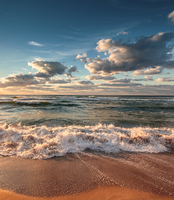 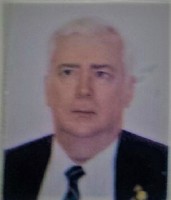