To share your memory on the wall of Charles \"Carl\" Comeau, sign in using one of the following options:

To send flowers to the family or plant a tree in memory of Charles "Carl" Joseph Comeau, please visit our Heartfelt Sympathies Store.

Receive notifications about information and event scheduling for Charles "Carl"

We encourage you to share your most beloved memories of Charles "Carl" here, so that the family and other loved ones can always see it. You can upload cherished photographs, or share your favorite stories, and can even comment on those shared by others.

Posted Jun 02, 2021 at 09:34am
I was saddened this morning to see of Carl's passing .... Now I know why he was in my thoughts these past few days and I was asking myself how he might be doing and if I would see one of his children to ask.... I spent many a time at the house in Salmon River with a guitar in hand and there's no denying how much he loved his music. I still laugh when I think of Merle Haggard trying to say his name at the concert in Yarmouth with an 'early' birthday wish for him... My heart still smiles when I remember one of the last times I saw him at a birthday celebration for him. I will remember him as such a good humoured soul, and he was always so kind to me. My sincere condolences especially to my heart-sister Ann, and to David, who I've jammed with at too many parties to count...as well as to the rest of the family, who I would have seen, laughed with and sang with. Carl will always be a smile in my heart.
Comment Share
Share via:
MD

Posted Jun 01, 2021 at 07:59pm
I remember listening to him sing his grandsons kyle and Andrew to sleep. He would also try to show them how to play guitar. The only one that actually picked up on it was Andrew. Rest in peace Carl.
Comment Share
Share via: 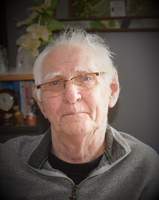