To share your memory on the wall of Beulah Fenton, sign in using one of the following options:

To send flowers to the family or plant a tree in memory of Beulah Anne Fenton, please visit our Heartfelt Sympathies Store.

Receive notifications about information and event scheduling for Beulah

We encourage you to share your most beloved memories of Beulah here, so that the family and other loved ones can always see it. You can upload cherished photographs, or share your favorite stories, and can even comment on those shared by others.

Guaranteed hand delivery by a local florist
VS

Posted Jul 23, 2020 at 12:51am
Beulah, Carl and myself along with my daughter Cassandra went to the "Bee Movie" when it first came out in the theatre. We all laughed throughout the movie and Beulah says she was so glad to get out and do something different. That's how I remember her as a happy-go-lucky person despite her health problems. This was about 13 years ago, so she did have a lot of spunk!

Thank you for sharing! Mom did have a lot of spunk! Edith Harrington(Beulah's daughter) 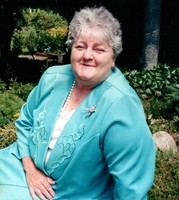