To share your memory on the wall of Agnes Hurlburt, sign in using one of the following options:

To send flowers to the family or plant a tree in memory of Agnes Marie Hurlburt, please visit our Heartfelt Sympathies Store.

Receive notifications about information and event scheduling for Agnes

We encourage you to share your most beloved memories of Agnes here, so that the family and other loved ones can always see it. You can upload cherished photographs, or share your favorite stories, and can even comment on those shared by others.

Posted Jul 13, 2020 at 04:48pm
It was hard to here that my tante Agnes pass away. I was always happy to see her, when I came to Canada every year.
My sincere condolences to the whole Hurlburt and Muise family.
Comment Share
Share via:
CB

Posted Jul 13, 2020 at 01:28pm
Such a shock to hear of Agnes’s passing especially only on the day of her funeral! I knew she had cancer but because she never once spoke about it to me where we were friends on Facebook I thought everything was under control. She was such a kind soul as are all her siblings. At this time I wish you all the kind of peace that sometimes surprises us but that we are in desperate need of. God bless you all!
Comment Share
Share via:

Posted Jul 13, 2020 at 10:40am
The service was beautiful. Glenna you did a great job...Ag would be proud. It was really nice to be able to share in this service being so far away. Thank you, Lucie Frautten
Comment Share
Share via: 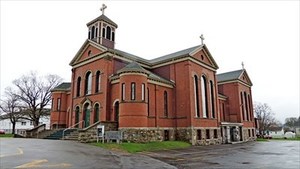